Once upon a time, there was an old woman who sold the best soup at the village market. It was delicious, hot chicken soup. Nobody in the village knew the old woman’s name. Nobody knew where she lived. And nobody knew why her soup was so tasty nor why it was so hot. They did not even think about these things. They just bought the soup and ate it. Each morning, the old woman would come to the market. She always carried the big black pot filled with chicken soup on her head and then sat down with it under a tree in the shade. Before long, she would have sold all the soup. Then she would carefully fold her money in a cloth, put it in her pocket, put the empty pot back on her head and leave. 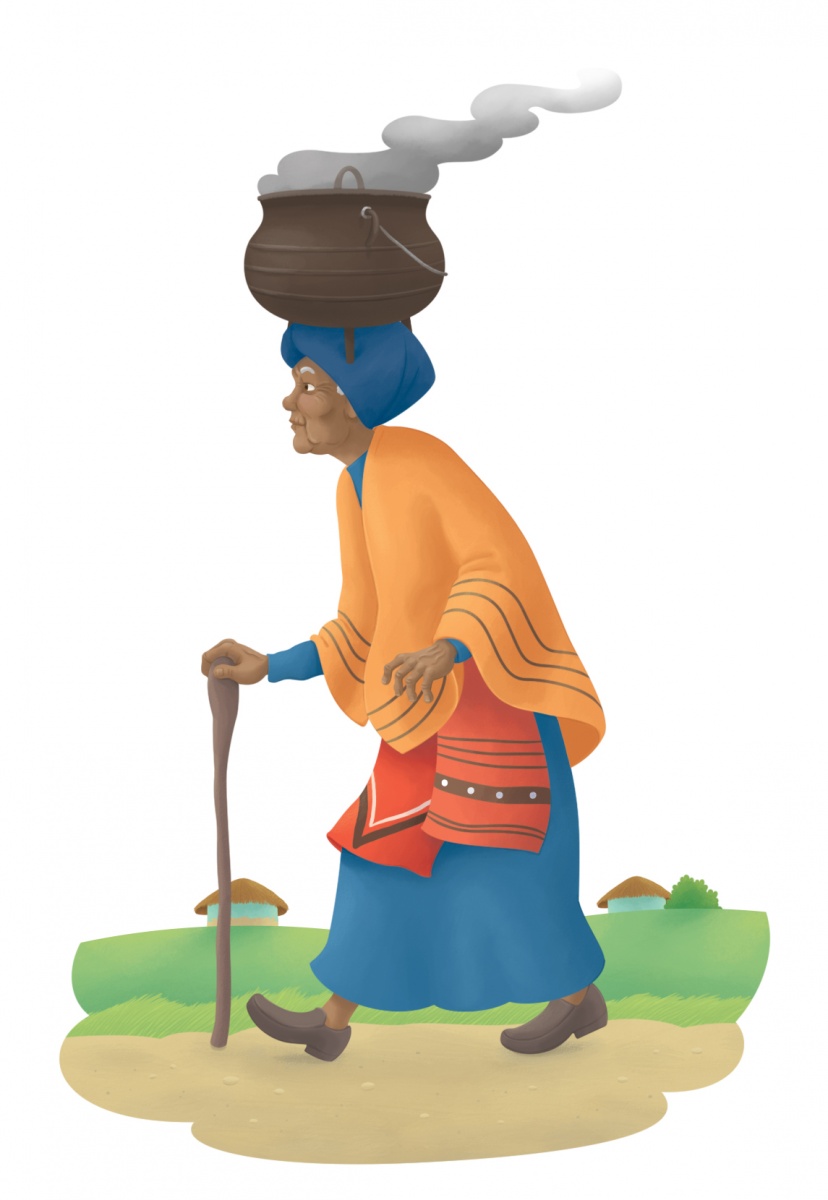 There was a boy called Fezile who lived in the village not far from the market. He liked the chicken soup very much. Actually, he loved it and could not get enough. He wanted to find out where the old woman who made such delicious soup came from. One day when the old woman put her empty pot on her head and left the market, Fezile followed her. He was careful to stay in the shadows, and behind the trees and bushes, so that she did not see him. He followed her a long, long way down a path that led away from the village and then up a steep hill. He was still climbing up, up, up when evening came. Fezile was afraid, but he kept on walking.

At last, the woman came to a little house on the steep hill. She put the pot down in front of the house. Fezile waited until the woman had gone inside the house and closed the door. Then he crept closer to look inside the pot. Suddenly, Fezile heard the door opening. Quickly he hid in a place where he could see the old woman easily. She walked up to the pot and began to sing:

Make soup for me to sell and for people to buy.

Very soon the pot was filled with chicken soup! Steam came out of the big black pot and the smell was so good that it made Fezile hungry. Once the old woman had gone back inside the house, Fezile crept up to the big pot. He looked under it. Although the pot was filled to the brim with hot chicken soup, there was no fire burning under it. “I must have some of this soup,” Fezile said to himself. “I am so hungry!” He stretched forward and put his hand into the pot to take a piece of chicken. Suddenly the old woman came out of her house and saw Fezile with his hand in the pot. “OH! Oh! Oh!” she cried. “NO! NO! NO!” Fezile turned and ran as fast as he could. The old woman ran after him, shouting, but she couldn’t catch him. 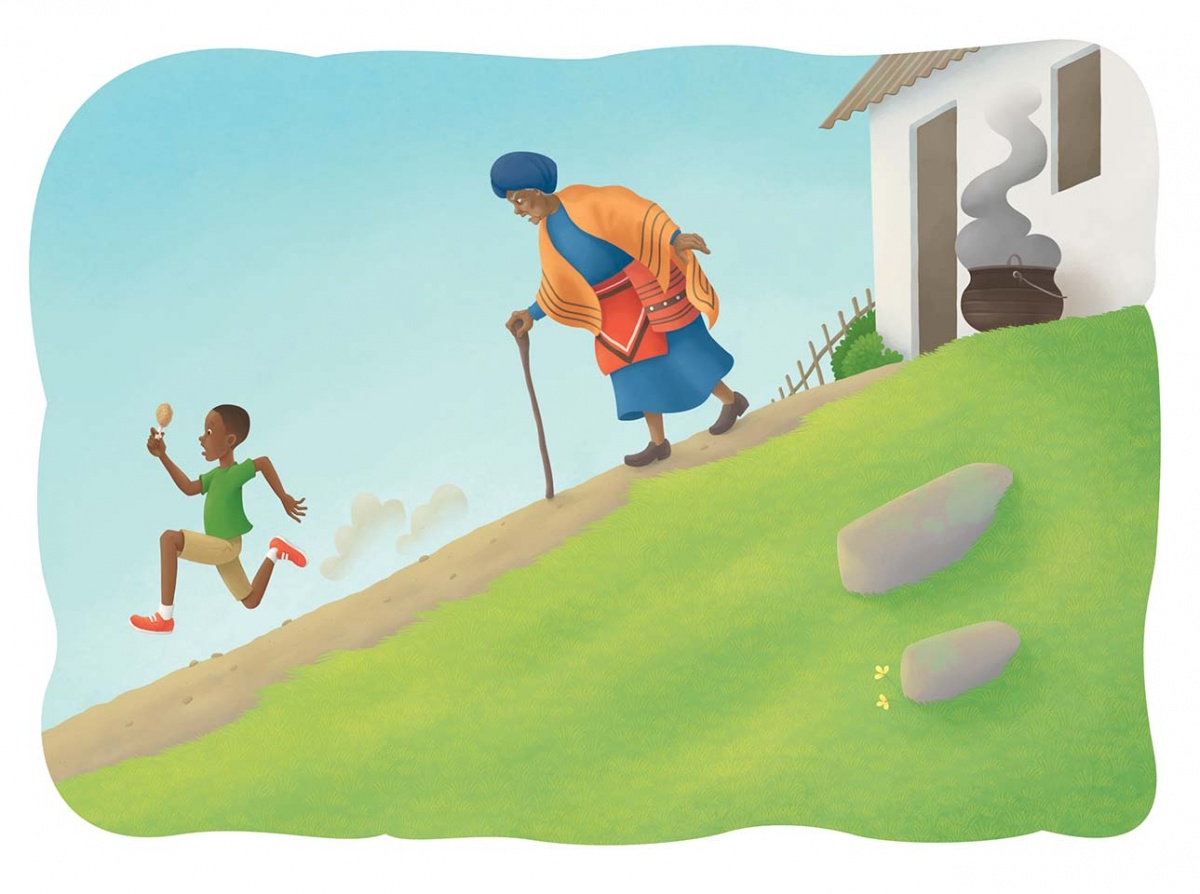 Fezile ran and ran until, at last, he was safely home. He told his mother and father all about the old woman and her magic pot. They all went outside and looked up at the hill, and there they saw steam rising into the sky. “Yes,” said Fezile’s parents, “look at that. We can see the steam from the magic pot.” The old woman never returned to the market and no one went up that steep hill to visit her. They were all too afraid. But from then on, when anyone in the village sees clouds around the top of the hill, they say, “Look! Look up there! It is the steam from the old woman’s magic pot.”

“Hurry up, Neo, we don’t have much time!” said Hope putting down her heavy bag. Hope and Josh were waiting for Neo. They were all going to the park as part of Hope’s plan! Hope had started hatching a plan after reading the new book her mother had bought her. It was about a girl who had bravely saved her village from a scary creature. Hope had enjoyed the book so much that she had finished it in a day and had even dreamt about the scary creature that night! “I hope that what you’ve planned for us will be fun. Why are you in such a hurry?” Neo asked Hope as he shut the front door. Neo was wearing his favorite pirate hat and eye patch.