There was once a woman who lived with her husband next to the Hlimbitwa River. Every day the woman left their home and went to the forest to chop wood. Every day her husband would give her a bottle of water and some food so that she had something to drink and eat while she was deep in the forest.

One day she went out and chose a big tree to chop down.

She took her axe in her hands and swung it up ready to start chopping. Just as she was about to chop she heard a voice pleading with her to stop. 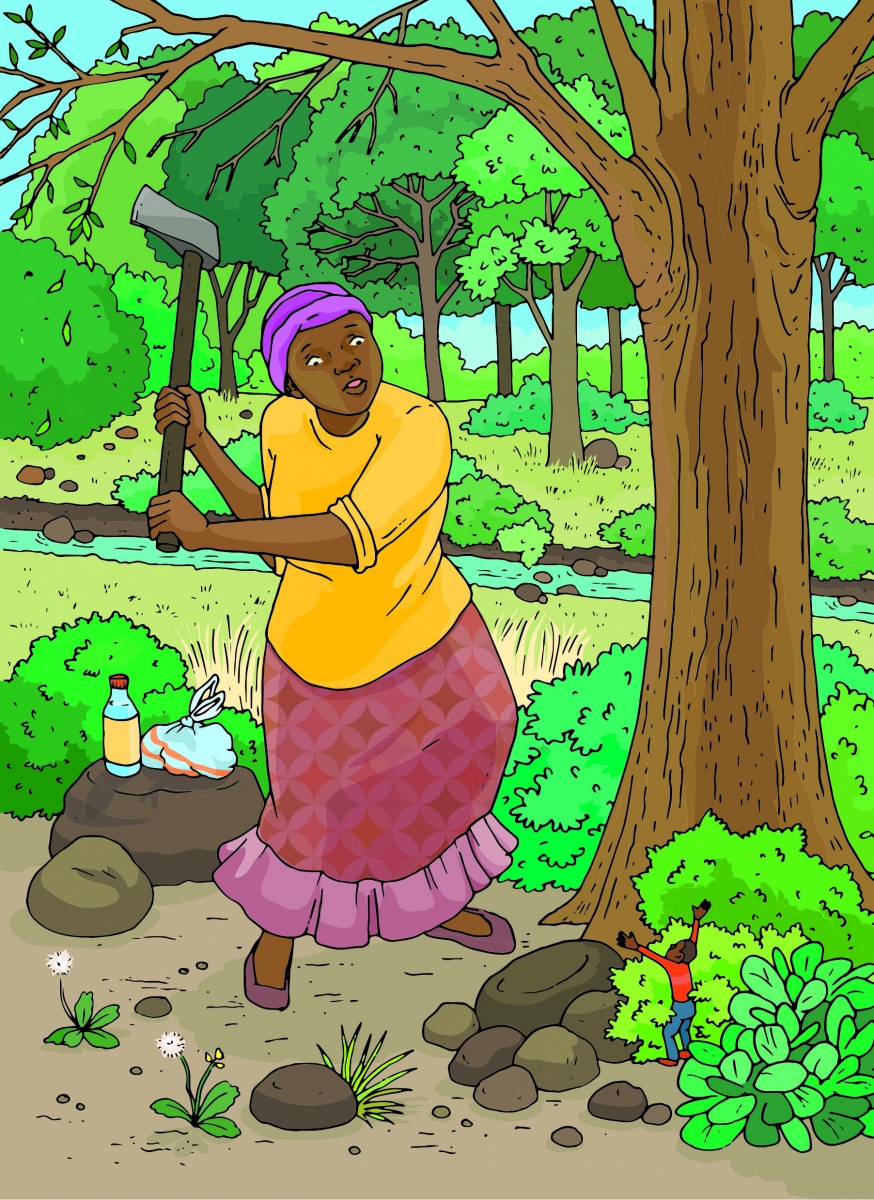 “Who said that?” she asked.

“Look down here,” said the voice, “and whatever you do, please, please do not chop down this tree.”

The woman was shocked at what she heard, but when she saw where the voice was coming from, she did not know what to say! Down on the ground near the roots of the tree, was the tiniest man the woman had ever seen. Her mouth dropped open and she could not believe what she was seeing. Eventually, she got over her shock.

“I beg you, please don’t hurt this tree,” said the tiny man.

“Well … well of course,” she said. “I can do what you ask. I can search for another tree if this one is so important to you.”

“Thank you. You have done something that has made me very happy,” said the tiny man. “You have a kind heart and because of this I will grant you three wishes, no matter what they are.” And then, the little man disappeared. No matter where the woman searched in the forest, he was nowhere to be found.

Eventually, she gave up searching and headed for home. All the way home she shook her head and mumbled to herself still surprised by what had happened.

When she reached home she sat down outside to rest, still wondering if someone had played a trick on her.

All that thinking made her hungry. “Is our supper ready yet?” she asked her husband who had come to sit next to her.

The woman groaned. “I’m so hungry, I wish I had a piece of meat to eat.”

No sooner were the words out of her mouth when – swisssh – a piece of meat appeared on the empty plate on the ground next to her. She stared at it and so did her husband.

“What is this?” he asked surprised by what had happened.

The woman told him everything that had happened in the forest that morning. Her husband stared at her and she could see that he was becoming angry.

When she stopped talking he shouted at her, “WHATTT? You should have thought before you said that you wished for some meat. You are so silly that I wish that piece of meat was stuck to your nose.” 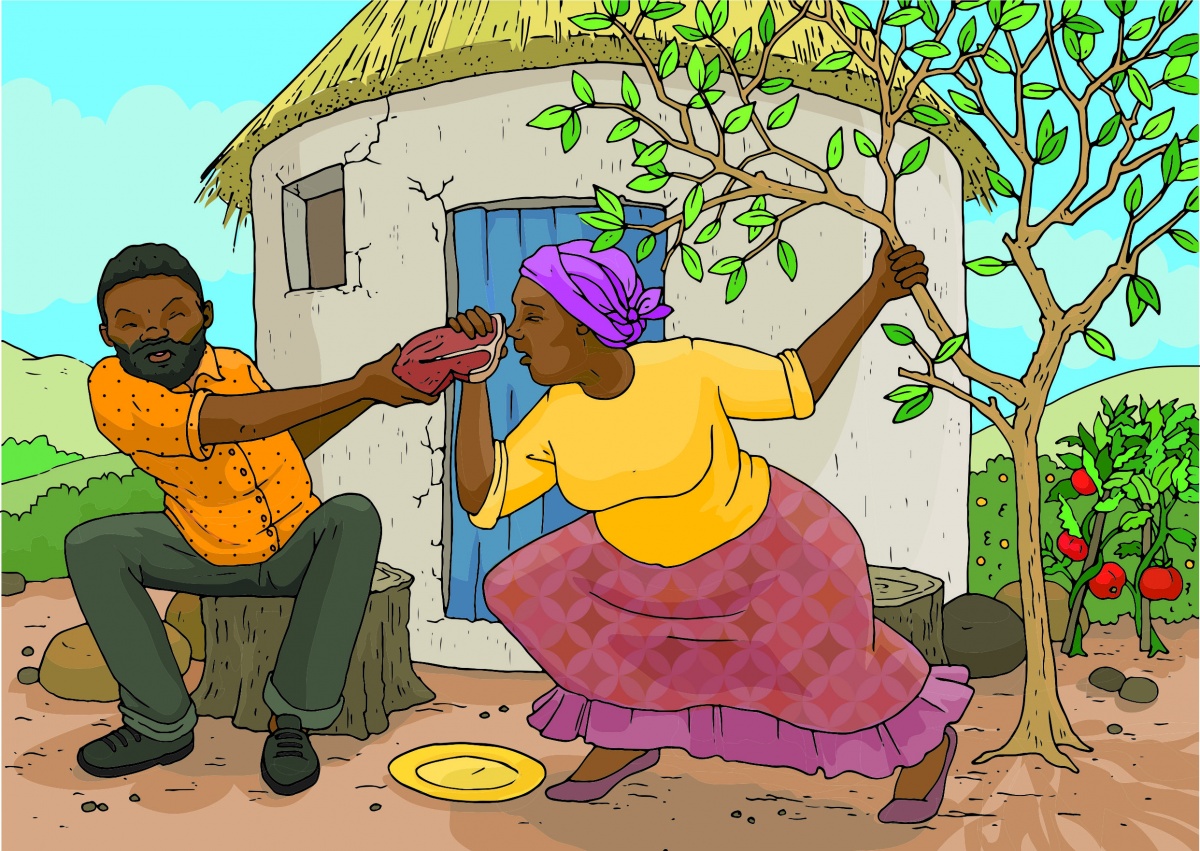 Then the woman realised that she had better do something in a hurry before her husband said another word.

“I wish this meat was off my nose!” she shouted.