How lion got his roar 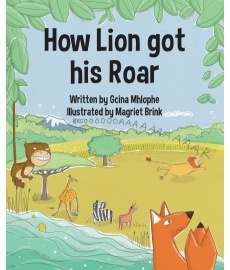 How lion got his roar

King Lion used to have a very soft voice. He didn’t sound like a powerful king of the beasts at all. The other animals had no warning of danger when he was out hunting. A big meeting was called to try and solve this problem.

The animals made various suggestions but none were acceptable. Then Nogwaja, the crafty Hare, came up with a clever idea. And this is how it came about that today Lion has the mighty roar that befits the king of the beasts!