Over 20 000 Children Signed Up For Library Cards

A child on a bike, with a book bag slung over their shoulder, on their way to the library, is a sight that would warm any parent, teacher or librarian’s heart. This was the result that Nal’ibali – South Africa’s reading for enjoyment campaign – was aiming for when it started its nationwide library drive to get as many children as possible signed up for library membership cards in 2019. 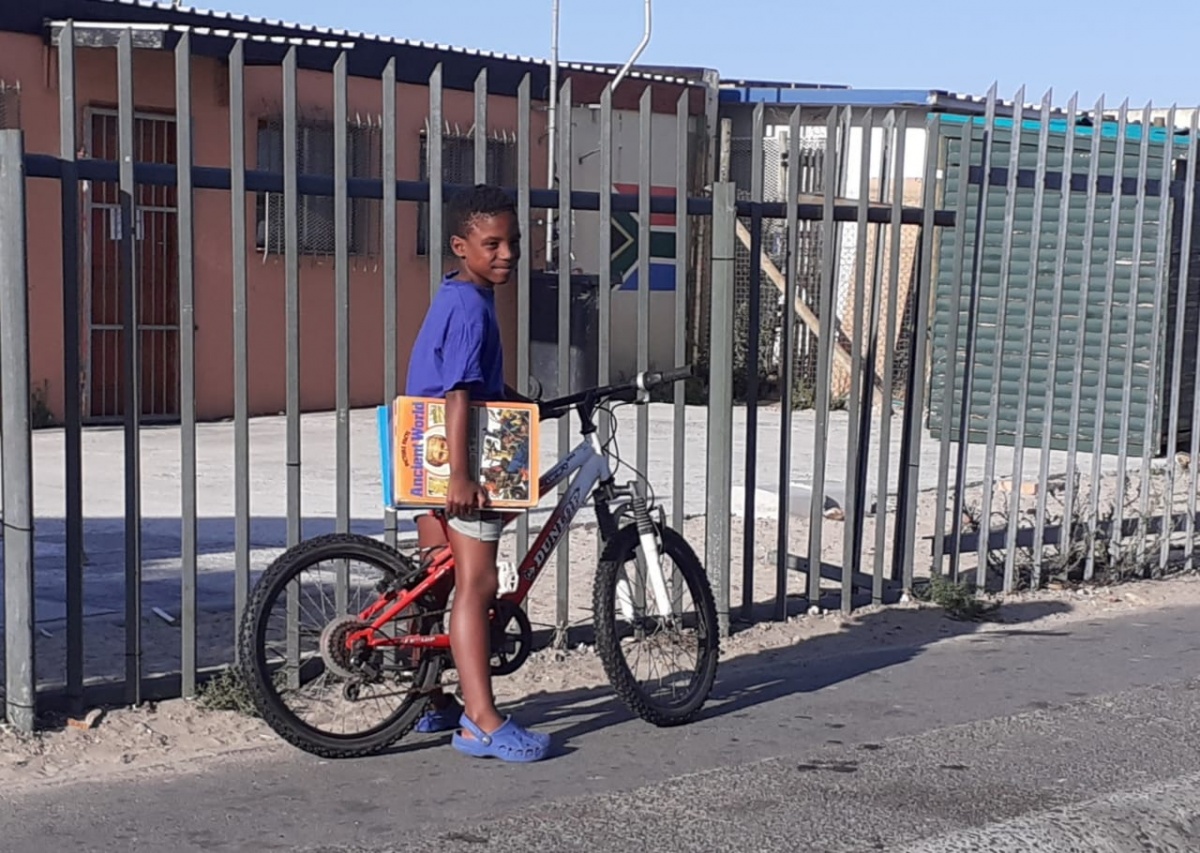 And, as a result of partnerships with provincial library services departments across the country, a series of more than 60 community events held at schools and libraries, as well as a targeted online campaign aimed at caregivers, 23 513 children have now been signed up for library cards.

The drive was held in response to the country’s literacy crisis which sees almost 80% of Grade 4 pupils unable to read for meaning in any language. This sadly translates into poor literacy skills, a high school-drop-out rate and an alarming prospect for the country’s future.

The drive highlighted the significant barriers children and caregivers face when attempting to sign up for library membership cards: proof of address, identity documents, and birth certificates are required in most cases, and, in some provinces such as Limpopo – which consistently places last in terms of its children’s school performance – membership is not free, as it should be.

Further, if caregivers in this province are unable to show a municipal account, the library membership fee is increased. This means that some of South Africa’s most vulnerable children are struggling to become active library members, and their access to books is slim to none.

Nal’ibali hopes to bridge the division between libraries and the communities they serve through various initiatives such as its national library roadshow held in partnership with Clowns Without Borders South Africa.

Making use of humour and physical theatre, the roadshows breaks down stereotypes around who may and may not visit a library and connects school pupils, their educators and library staff in a relaxed and informal way. The drive also supports educators in signing up for block-loan library membership cards which allows them to take out up to 25 books at a time to support school literacy activities and learners who do not have their own library cards. Nal’ibali will be launching a targeted advocacy drive to fight for free library membership for all later this year.

For more information about the Nal’ibali campaign, or to access children’s stories in a range of SA languages, www.nalibali.mobi or find them on Facebook and Twitter: @nalibaliSA.