Explore our storytelling section for materials with tips to help encourage a love of reading in your child. 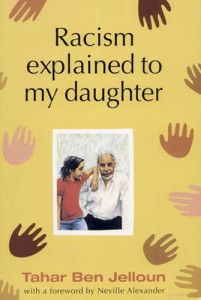 Here are some books about (or that touch on) human rights that Nal’ibali recommends to share with children of different ages on National Human Rights Day (21 March) – and every day of the year.

* Titles that are available in more than one South African language

A faith like mine: A celebration of the world’s religions through the eyes of children by Laura Buller (Dorling Kindersley)

Children just like: A unique celebration of children around the world me by Barnabas and Anabel Kindersley (Dorling Kindersley/UNICEF)

A life like mine: How children live around the world (Dorling Kindersley/UNICEF)

The boy in the striped pyjamas by John Boyne (Random House)

No turning back by Beverly Naidoo (Penguin)

They fought for freedom (A series that focuses on the contribution of different southern African leaders who struggled for freedom and justice. Titles in the series include Nelson Mandela, Steve Biko, Ruth First, Chris Hani, Oliver Tambo, Helen Joseph.) (Maskew Miller Longman)

Temo was a clever young girl who lived in the village of Qunu. She loved going to school and learning new things. One day at school, her class learnt about planting and growing vegetables. Temo was so fascinated by this idea that she could not wait to get home to tell her parents about it.