The house with the golden windows

Sita lived in a small, square house, on a narrow street, on the side of a hill. Her family all worked very hard. Her mother made beautiful saris for women and her father made smart suits for men.

Because her mother and father were very good at what they did, many people asked them to make clothes. There was always a lot of work to do, so Sita and her sister helped their parents with the sewing. The two girls sat in the tiny bedroom they shared and worked together. But sometimes there was just not enough space for both of them AND the sewing and they would start to argue.

One day Sita had an idea. It was a lovely summer evening and she decided to take her sewing up to the flat roof of their square little house. Up on the roof she could see the town below and in the distance a hill. But instead of lots of houses on that hillside, there was only one house built right on the top.

As the sun went down and Sita finished her work, a golden light caught her eye. It was the house on the hilltop, and it was beautiful. The windows were shining like gold. 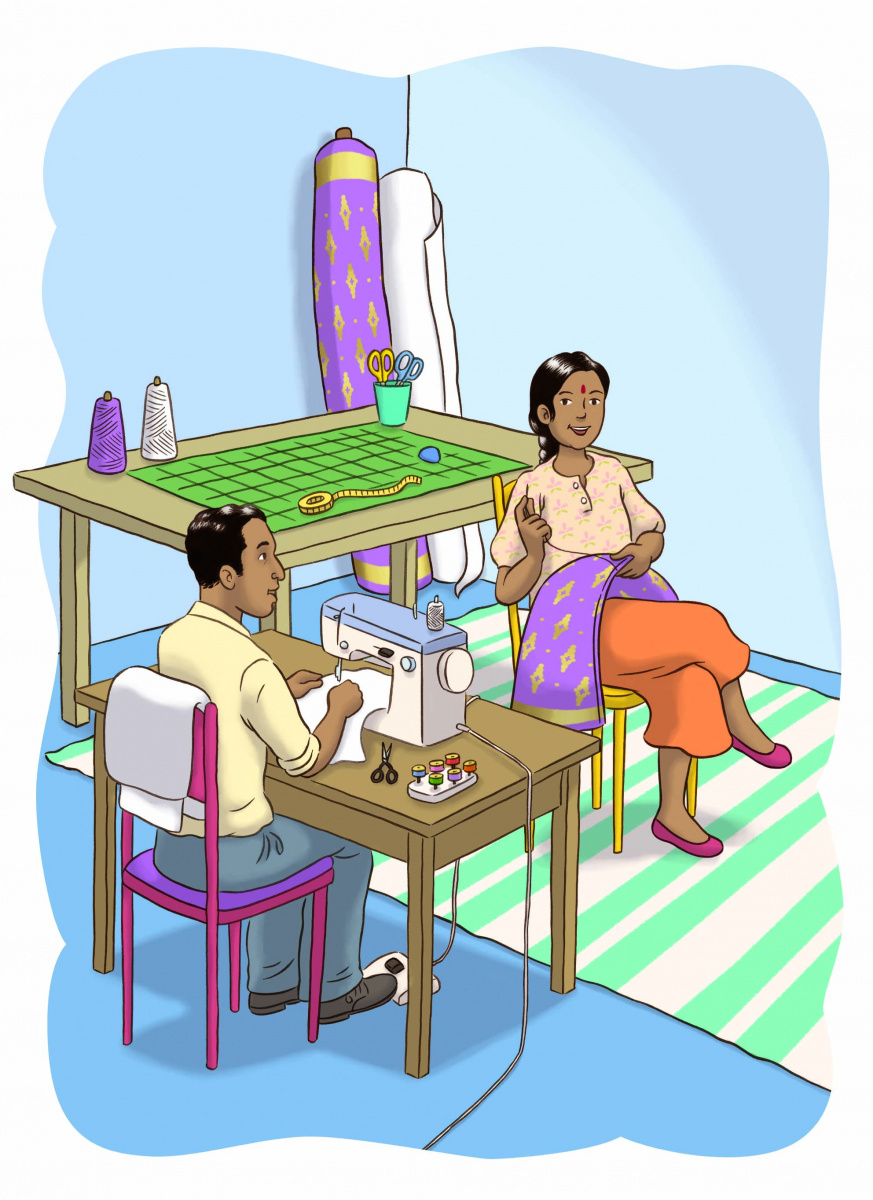 “Oh,” said Sita. “I wish I lived in a house like that. I bet they have big rooms and lots of space in that house. It must be so much better than ours.” And that night Sita dreamed of the house with the golden windows.

The next morning, Sita and her family had breakfast together at the tiny kitchen table. “Both you girls have worked very hard,” said their mother, “so we thought that the two of you should have a holiday today. Go and do whatever you wish!”

“Yes,” said their father. “Enjoy your day and use it well.”

Sita’s sister shrieked with excitement. “There are so many things that I want to do! I can’t choose what I want to do first!” and she rushed out of the kitchen.

Sita smiled. She knew exactly what she wanted to do. She was going to go and find the house with the golden windows.

As she walked along the road, she imagined what the house would look like up close. She had never seen real gold before. She walked for a long time until finally she arrived at the top of the hill. She was surprised to see that the house was not much bigger than her own home … and she could not see any golden windows.

“Perhaps I should walk around to the front,” she thought. She got to the front door, but there was no gold at all.

Just then a small boy opened the door. Sita told the boy how she had seen the house with the golden windows from her rooftop. She asked him if he knew where the house was.

“Yes, I do!” he said excitedly. “You are looking in the wrong place. Follow me!” He took her to his favourite tree. “You can see it from up there.” He pointed to the highest branch. Together they climbed to the top of the tree.

Sita was looking hard for the boy’s house. “No,” she said sadly.

The boy laughed. “Why are you looking at my house? Look over there …” and he pointed to the hill in the distance. It was the hill that Sita lived on. She could see all the square little houses on the side of the hill and she could see her own house. The light of the setting sun made the windows of her house shine a beautiful bright gold.

“It looks like such a special place,” said the boy.

“It is,” she smiled and they both climbed down from the tree.

It was nearly dark when Sita got home. She could hear her mother, father and sister’s happy voices coming from inside. She felt happy to be home.

“Did you have a good day?” asked her father.

Sita smiled. “Oh yes!” she said. “And I learnt that we have such a lovely house, and sometimes it has golden windows.”

Then, they all sat down at the kitchen table and Sita told them about her day and how happy she was to live in their little square house, on the side of the hill. 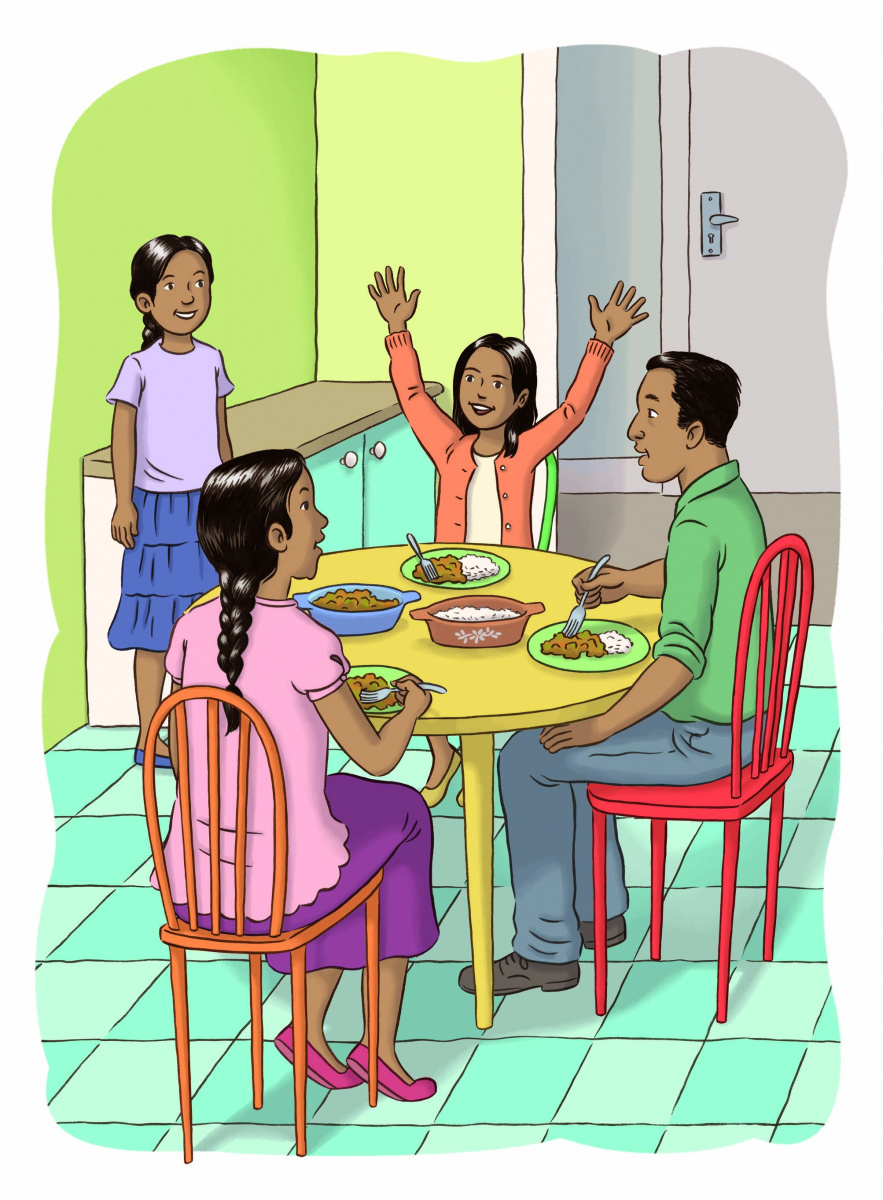 Tell your children a story about a time when you felt shy and then encourage them to tell their own “shy” stories.